Quissett Yacht Club (QYC) was founded in 1912 and is located at Quissett Harbor (on the south shore of Buzzards Bay, between Woods Hole and West Falmouth). 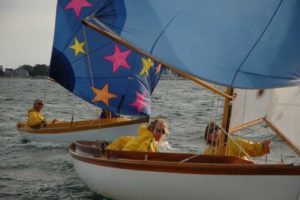 From the beginning, QYC has been a home for Herreshoff sailboats and one-design racing.  Currently, our 282 “member listings” (families, mainly) own more than 50 H Class 12½ footers and also several of Herreshoff’s larger (27 foot) S Boats.  About half of the 12½ footers in our fleet are fiberglass-hull Doughdish boats; the rest are wooden-hull Herreshoff originals. And several of these well-kept original boats are still very active in our H Class racing program.

Our summer racing season begins in late June and continues through Labor Day.  In H Class racing, we have separate races for adults and juniors, and for experienced racers and beginners.  Start times for our July series and August series races are Wednesday afternoons at 5:15 and Saturday afternoons at 2:30. In each of these one-month-long racing series, a first place and second place trophy is awarded to the boats that have achieved the best cumulative record.  On Sunday mornings (and also some Friday afternoons we hold H Class races for juniors. And on Sunday afternoons we hold additional perpetual-trophy single race H Class competitions for adults. 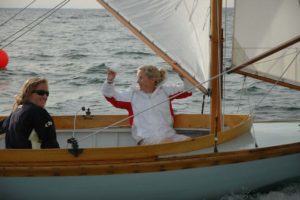 Among our members are many sailors who’ve had a lifetime of H Class racing experience. Accordingly, all of these races are closely contested – they provide the very essence of one-design racing fun. But we also welcome beginning racers; in each of our Wednesday and Saturday series races we provide the option of a special class, with a separate start and trophies for them. At QYC, H Class one-design racing is a cherished tradition and we are committed to preserving it for the enjoyment of future generations.

Our summer racing season also includes both series and perpetual trophy one-design races for our fleet of Herreshoff “S Boats”. These wooden-hull sloops, designed and first built by Nathaniel Herreshoff in 1919, were his first Marconi-rig design.  In the summer of 2019, our fleet will be competing in the S Class Centennial Regatta — four weekends of S Class races to be held at Larchmont, NY and Bristol, RI. Between 1919 and 1940, the Herreshoff Company built a total of 94 S Boats, and it is expected that more than 30 of them will be racing in the Centennial Regatta. For the details of where and when to watch these beautiful boats in action, see www.sclass.org

The one race that’s not conducted in a one-design format is our annual “Round the Bay Race”, a traditional end-of season event for the New England PHRF fleet, held each year on the second Saturday of September. The competitive excitement of this race is enhanced by our use of a “Pursuit” format.  Any boat having a current PHRF-NE handicap certificate is eligible and can elect to enter in either of two classes, “Racing” and “Cruising”.  Entrants are then further divided into several groups, with each group consisting of boats that have a similar PHRF rating.  Then, depending on the current weather and the course to be sailed, the race committee determines a separate starting time for each group; the groups with slower boats start first and faster groups start later, and the chase is on. The winners are the first “racing class” and “cruising class” boats to cross the finish line.

Each summer during July and August we run a highly-regarded weekday Sailing School Program for children ages 8-16, using our own large fleet Optis and 420s, with classes ranging from learn-to-sail through team racing. And for adult women, from novices to seasoned sailors, QYC also offers an H 12 sailing skills program that we call “Waterlilies”. In this program the instructors (some of our most experienced racers) provide their own H 12 boats, and the teaching is one-on-one. For students who are interested in H Class racing, this program also includes what we call “Racing 101”– a series of low-key race training sessions where the students are the skippers, the teachers are crew.  All of these sailing school programs are open to both members and non-members. But all are popular and highly-subscribed, so if interested, apply early. For further information, visit our web site www.quissettyachtclub.org 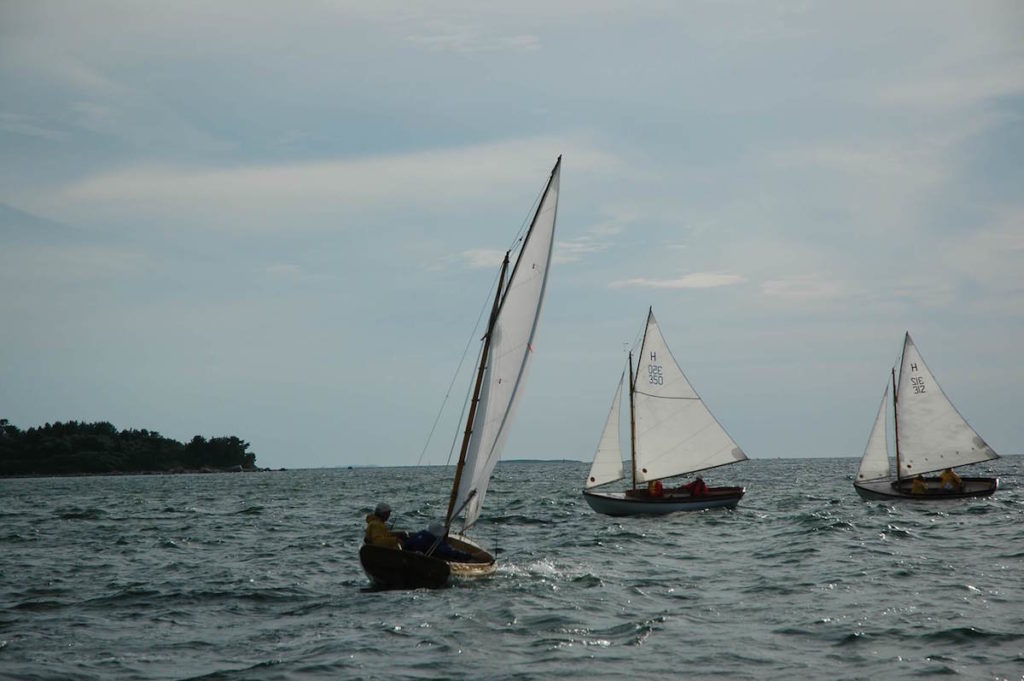 A few of the Quissett fleet, sailing to windward. (Photo courtesy of Quissett Yacht Club)