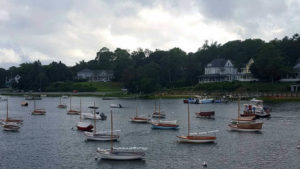 The origins of the Shelter Island Yacht Club H 12 ½ fleet can be traced back to Andrew Fiske, a native of Marion, Massachusetts who moved to Sylvester Manor on Shelter Island. He purchased a wooden 12 ½ in 1952 and named her “Little Kittie”. The original “Little Kittie” (hull # 746) was one of the inaugural 20 boats built for W.O. Taylor and was known as “Peggy”. “Peggy” was sold to Augustus H. Fiske of Marion in 1936 and renamed “Little Kittie” after one of his daughters. The boat’s namesake, Kitty Fiske, is listed as a Beverly Yacht Club champion in 1935, 1937, and 1939; her brother Andrew won in 1936. “Little Kittie” was owned by the Fiske family until 1942 when she was sold.

Later in 1952, Andrew Fiske reacquired the original “Little Kittie”, which remained in the Fiske family until 2014. She has since been rebuilt and in 2014 returned to racing in the Shelter Island Yacht Club fleet under the auspices of the Sylvester Manor Educational Farm.

The size and vigor of our present fleet began in June 1974, when Samuel Hird sailed #88 Poppy across Long Island Sound from Old Lyme, Connecticut. From 1974 until 1996, Sam was Fleet Captain, encouraging the growth of the fleet of wooden 12 ½ and Doughdishes at Shelter Island Yacht Club. By 1978, nine more 12 ½s and Doughdishes had joined the fleet. An additional five boats followed in 1980, all of which remain on Shelter Island today. 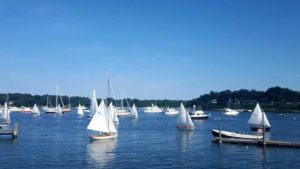 In recent years, the fleet has grown through a vibrant Adult Sailing Program. Novice sailors begin sailing with an instructor in small groups in Doughdishes, and armed with the basics, can join three to four day workshops of intensive instruction with an instructor. Also offered is a weekly Thursday night Racing Clinic starting with a chalk talk followed by several short courses. These programs have provided the fleet with a steady supply of new skippers and crew. 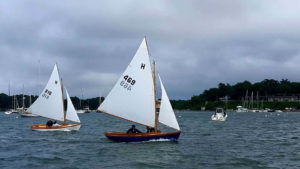 In 2016 we list 73 Doughdishes on our Club roster, a third of which are actively raced in our summer Saturday Series. The annual Series Championships have been very competitive, with eight different champions over the last fifteen years. 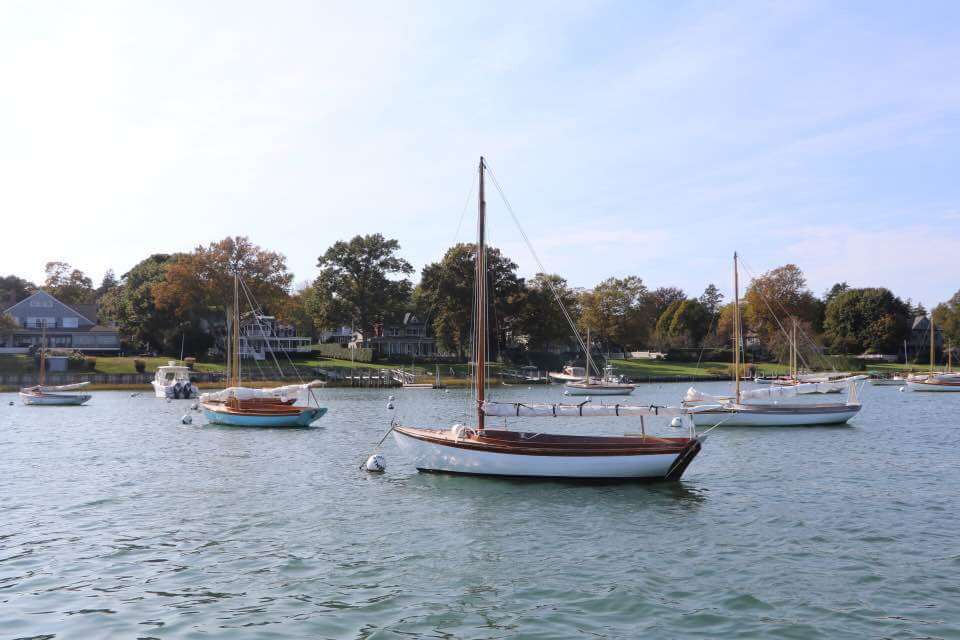